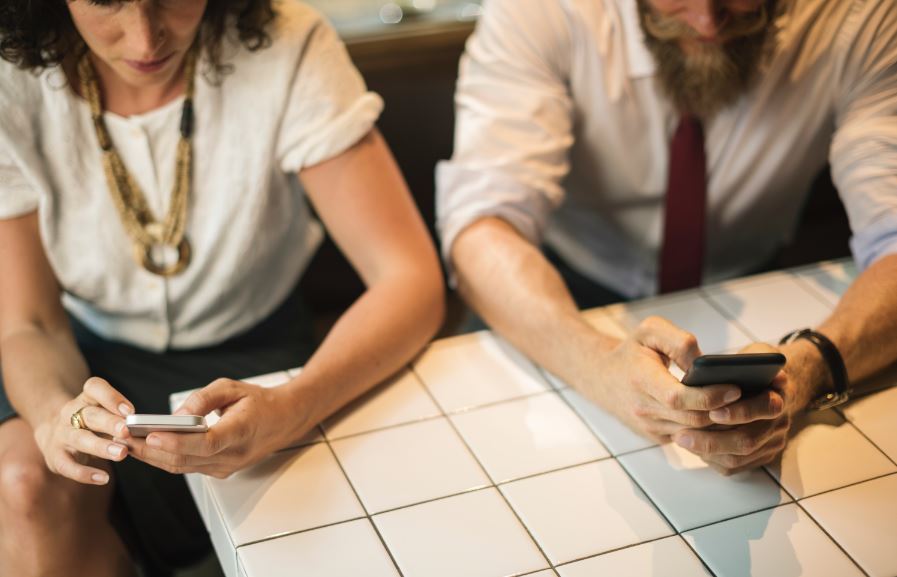 When it comes to app success, there’s hard work. And then there’s what some people call luck. But there’s also that extra ingredient that ultimately makes all the difference- mobile app marketing.

It is, by far, the principal element that sets the most successful applications apart from the rest.

Of course, you can’t afford to ignore the role that great coding plays in this. But programming expertise, at the moment, is almost as common as Microsoft Office proficiency. There are many exceedingly talented developers, with almost similar app solutions to regular problems.

So, while we applaud a well-built application, you need much more to penetrate the market. To demonstrate this, take a look at the App Store’s most downloaded apps in 2017, as announced by Apple:

Most downloaded apps in 2017. Source: Fortune

Definitely not surprising seeing Google Maps, Facebook, Instagram, Facebook Messenger, Youtube and Snapchat on the list. They continue to hold the top places in the social media wars, and it could possibly take years before other rival apps come close to challenging that. Probably not in the near future. But let’s leave that to their respective marketing and R&D teams.

Not so surprising for Uber, Spotify and Netflix either. These slots are usually reserved for established brands with marketing budgets that can easily rival Super Bowl ticket-sale earnings.

The biggest surprise, especially if you don’t regularly track trends in the App Store, has got to be Bitmoji. Compared to the rest, it’s not only a seemingly little-known app. It’s also a debutant in the league of the biggest players, at least going by a similar list published by Apple in 2016.

Okay, of course, it’s not so strange to have maybe one or two debutants hanging onto dear life somewhere within the top ranks. But, the least expected thing happened this time round. Bitmoji did not just make it to the list. It essentially floored the rest and took up the top position.

You’ve got to hand it to the team behind it. But, to be fair, creating a personalized emoji is not exactly an exceptionally unique idea. There are tens, probably hundreds of other apps in the App Store already doing the same thing.

While its success is attributable to a series of well-orchestrated strategies, Bitmoji’s growth is primarily driven by effective mobile app marketing.

The three-and-a-half-year-old app started off as Bitstrips on Facebook and grew by 10 million users in 1 year. Mostly thanks to Facebook’s continued efforts to market it to its user base.

But things were not so smooth then. It was considered a spammy app, and BuzzFeed even published an article on “How to Block Bitstrips from Your Facebook Timeline”

Undeterred, its investors secured additional funding through multiple partnerships and metamorphosed it to Bitmoji in 2014. Then clever marketing and tracking, coupled with continuous user-optimization saw it shoot to the top 35 iPhone apps in March 2015.

By 2016, a systematic campaign engaged by its marketing team made Bitmoji one of the fastest growing apps that year.

And the rest, as they say, is history. The emoji app eventually even toppled its mother company in the charts.

All things considered, the growth of Bitmoji over the years has been through a combination of multiple value-addition and market-positioning strategies. And mobile app marketing is at the center of it all.

As a matter of fact, the app’s consequent popularity continues to attract more users to Snapchat. It’s currently one of Snapchat’s most prominent features in its user-acquisition arsenal.

Evidently, marketing is king. No two ways about it. And no, we’re not talking about generic mobile app marketing here. The entire campaign has to be adequately structured and increasingly effective. Here are a couple of ideas on this, which could easily earn you 10,000,000 downloads- regardless of the app category:

Uber is undoubtedly one of the few apps that have increasingly provided solutions to real-life problems. So, of course, many people would have assumed that this alone would be enough to make it an instant hit.

But what most people don’t know is that Uber has never been the premier taxi-hailing app. A man named George Arison, the Founder and CEO of Shift, was first in line in with Taxi Magic in 2008. At a time when Uber was nowhere close to even a pre-launch app review.

But when Uber was ultimately founded in 2009 and launched in 2010, it immediately got on to beat its predecessor. And it has never looked back since.

Among the strategies that have triggered its exponential growth and expansion to 83 countries is permanently leveraging in-app referrals.

They may be losing income with each free ride earned by referrers and referees. But that’s nothing compared to the $323,190 each new user will end up spending on the app.

Other notable apps that have successfully capitalized on in-app referrals include Airbnb and Dropbox. The latter is even considered the all-time referral champ, thanks to a campaign that consequently recorded a staggering 3900% growth rate. It grew from only 100,000 users to 4 million in just 15 months.

All things considered, this strategy is essentially one of the oldest tricks in the book. Because, of course, it only makes sense to take advantage of your existing user-base to drive additional growth through clever incentives. But you have to know when to do it, how to do it, who to target, and how to react to unexpected deviations.

By now, it’s not secret anymore that the largest chunk of app downloads come from searches within the App Store. Although there are many reports with varying results on user acquisition, they all conclude that App Store search is significantly ahead of the rest.  TechCrunch, for instance, places it at 65%.

That’s why we’ve repeatedly insisted on the need to prioritize on App Store Optimization.

App Store Optimization is pretty much like SEO in the App Store. We’ve explored its basics before. But considering the accelerated growth of apps in the Apps Store, they are barely sufficient to earn and maintain a top rank.

Your competition is increasingly implementing ASO. So the only way to beat them, of course, is taking it a notch higher and leveraging enhanced tactics.

Enhanced ASO goes beyond the standard methods of choosing the right keywords and app name, assigning a competitive category, and fostering user engagement. It capitalizes on past trends and developing updates to consistently review and inform the whole decision-making process.

When Apple upgraded their App Store search algorithms, for example, apps with enhanced ASO reviewed their standings and readjusted accordingly.

Additionally, an assessment of the top 500 App Store keywords established that 90% of them are branded. That means that visitors are basically searching for brand names they’ve already heard about. Therefore, instead of proceeding with regular category keywords, it would be advisable to cleverly twist relevant brand names.

Such subtle but informed tactics have seen PreApps boost downloads of over 3,000 apps by up to ten times.

Organic versus inorganic mobile app marketing is a debate that will probably go on forever. How you approach this depends on your intended targets.

Currently, more than 90% of all app downloads in the world are driven by organic marketing. That’s undeniably an overwhelmingly large number. But the rest is also significant, especially when we’re looking at targets like 10,000,000 downloads. That’s more or less a whopping 1,000,000 downloads.

So how should you proceed?  Instead of picking one, your marketing strategy should be adequately well-rounded with both inorganic and organic tactics supplementing each other.

As a matter of fact, paid marketing is not as static as some people assume. It’s rather dynamic and multi-dimensional since it also feeds organic at a rate of 150% more organic downloads for each paid install.

By virtue of being the number one source of paid app download traffic, Facebook should be a critical consideration here. Followed by Google, which comes at a close second.

While they are both platforms for paid ads, the best possible results can only be acquired through varying strategies. Facebook, for instance, is usually more engaging and flexible enough to accommodate different paid media.

Google, on the other hand, provides both Adwords and Admob. While Adwords is ideal for paid ads across the web, Admob is optimized for app monetization.

4. Getting Famous by Securing Press

Long before Facebook acquired Instagram for $1 billion, founder Kevin Systrom and his team were all alone. They were confident that they had a great app on their hands. One that had immense potential growth.

But market acceptance and subsequent growth has never been simple and straightforward. We’ve seen genius apps fail to pick up and eventually crash due to lack of adequate promotional framework. Conversely, we all know a couple of not-so-great apps that have grown to take the market by storm, thanks to correspondingly effectual marketing.

With that in mind, Systrom knew that he had to keep people talking about Instagram. So his team kick-started the whole promotion early, through a prelaunch app marketing strategy that took advantage of influential tech bloggers and contacts.

They were invited to test an early version of the app before the official launch. And it worked almost immediately because word started spreading not only on social media but also on popular tech platforms that published the consequent app press release.

Recent studies have proven that word of mouth comes second after ASO in user acquisition. So it was no surprise that the attention Instagram had attracted saw it acquire 24,000 users on the first day, then 300,000 by its third week. And the rest is history.

Of course, this strategy might seem fairly simple and straightforward, until you actually get to it. Establishing a rapport with the most influential press platforms could be a daunting task. That’s why your best bet would be working with an established app marketing agency with numerous valuable connections across the board.

5. Going Viral With a Viral Video

In 2014, Alex Zhu was pretty sure that he was working on a billion-dollar app idea. With his co-founder, they raised a quarter million dollars from investors and developed an educational app called Cicada. The idea was that experts would shoot and distribute short educational videos on multiple subjects.

But unfortunately, they realized that it would never take off immediately after launch. With only 8% of their initial funds left, they were devastated.

Then Zhu landed another idea after noticing teenagers listening to music and taking selfies. The developers subsequently scrambled to build Musical.ly, a DIY app that helps users make short music videos through their phones.

In just a month, they launched it to a warm reception. The app started recording great numbers almost immediately, and it has never slowed down since.

By making the videos shareable on social media, its founders were able to cleverly capitalize on viral marketing to boost growth. In two months, Musical.ly hit the number 1 spot in the App Store, and it remains one of the few Chinese apps to grow tremendously in the U.S.

Viral marketing could get you the targeted 10 million app downloads in less than a week. But achieving this is complicated, yet so simple.

Only simple videos go viral. But creating one is a complicated planning process that requires creative thinking beyond standard app demo videos. You need to work with an expert who comprehensively understands the social media demographics, and content that various audiences best respond to.

Feel free to get in touch, and we’ll help you develop a solid mobile app marketing strategy to optimize your app’s downloads.